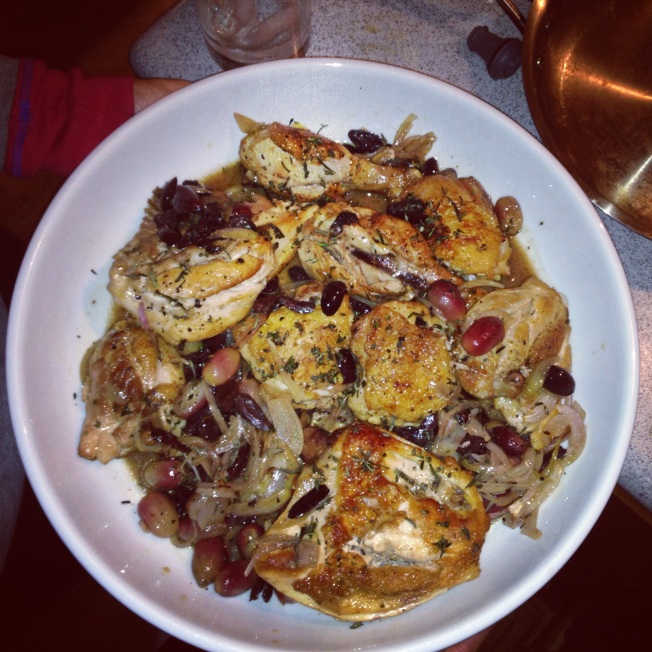 Roast chicken is on my “perfect it” list. I can’t get over all of these wintry roasted, braised, wine-y, juicey, flavorful roast chicken recipes. This one is no exception! After making the stove-top Mediterrean chicken and rice, I wanted to try out the pan-searing then roasting in the oven technique. I thought this was called braising but apparently that’s for like one-pot meal kind of things.

I adjusted the recipe by 1.5 to make it suitable for 6 people and thus had to shift from baking in a skillet to a roasting pan. It worked out fine though because I still made the gravy/sauce in the skillet since it had the seared chicken juices in the pan. Both serious eats and amateurgourmet have tried the recipe for this chicken.

So, like JoytheBaker suggests, still working on “mise en place” this year aka PREPARE BEFOREHAND! Aka our trusty 3×5 cards to prep us for a seamless transition from pan to oven. Bone-in skin-on chicken, you are in fact somewhat difficult to work with.  Deb suggests you use any mix of bone-in skin-on cuts, but I have to say it’s hard to get breasts to cook at the same tenderness as thighs and drumsticks. The breasts cooked up faster and I was still waiting on the dark meat. I know that if you’re having guests (which I was) you really need to have both white and dark meat, but please, if you are going to make this and like dark meat, I’d stick to drumsticks and thighs. Much juicier!

To start, I focus on the bird. Cutting off excess fat and drying the chicken, then sprinkling each piece with kosher salt and pepper. Since the chicken will take a little bit of time in the pan, it was okay to worry about the accoutrements after I got the chicken in the pan. Then, go ahead and heat up your pan, add a very tiny bit of oil and sear away on the skin-side first!

After washing my hands and being chicken free, I sliced shallots very thinly and measured out 1.5 cups each of grapes and olives. I decided to serve with a side of lemony garlic asparagus, so I also washed and prepped those. Set out your white wine and chicken broth for later. 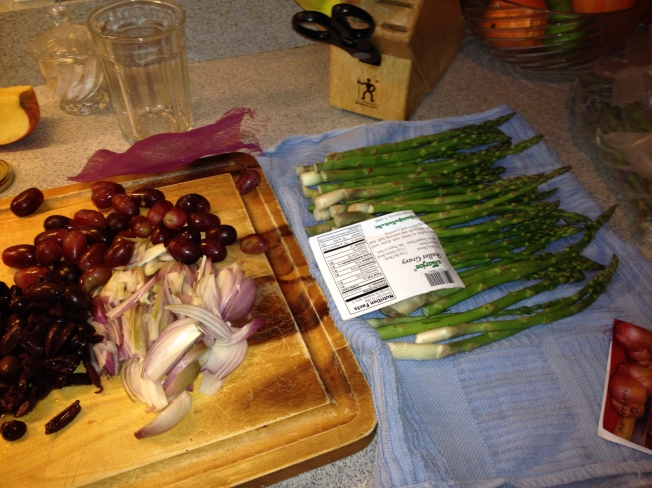 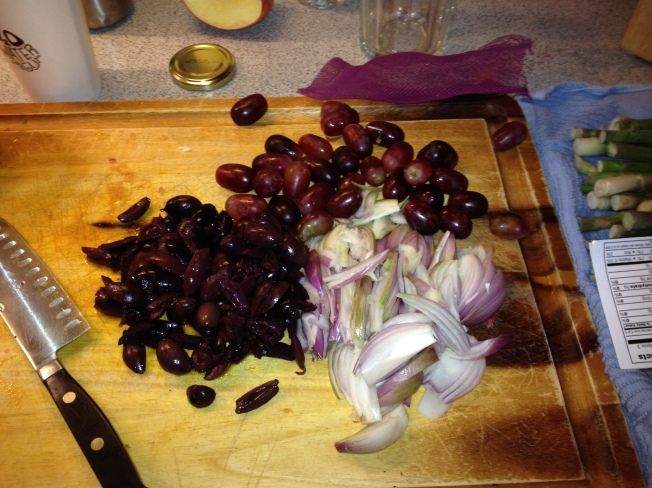 After searing my two batches of chicken and gaining a thin film of chicken fat on my shirt, I nestled the chicken into a roasting pan and mixed these guys over top. I thought it would need some salt or flavoring or something, but turns out the blend of sweet grapes and really salty olives kept it flavorful. 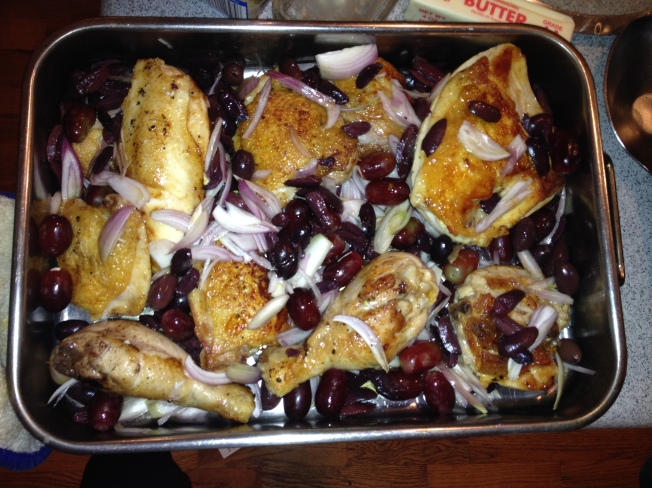 When the chicken emerged from the oven after around 23 minutes, I scraped the juices back into the skillet to make the white wine and chicken broth sauce. Pour over top and garnish with fresh rosemary. I served this with crusty french bread and steamed asparagus yummmm. 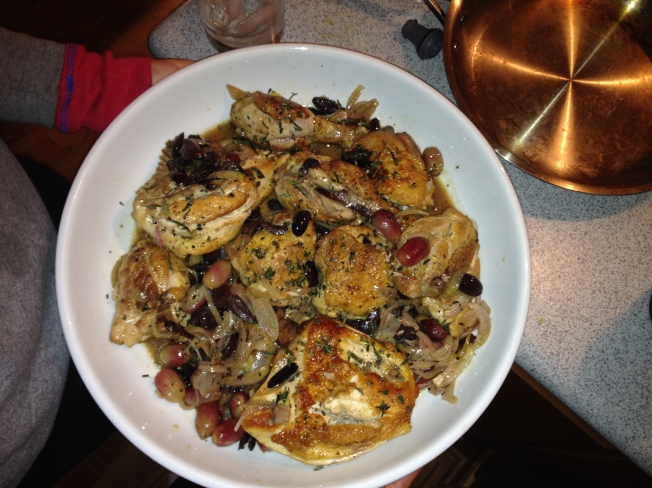