Finally a successful recipe. So I haven’t posted in a little over a week because honestly, I’ve had some major recipe fails. But, the only way to get better is to get back up on that horse? Ok but if I fall off a horse, are you going to be the one to say, hey Katie, yea, please get back on? This is entirely out of context, moving on.

Well, I’ll just be honest and say these are the fails so you know what NOT to do!

1. Claire Thomas’ Veggie Burgers – um, I didn’t have the beets and I don’t think I had the right amount of each ingredient, so mine came out super mushy. Still delicious, but more like a veggie mash

2. I burned a purple potato kalamata pizza, so I’ve now dubbed that one “pizza bread” or “olive bread” bc we had to scrape off the completely inedible purple potatoes. Note to self, don’t slice the potatoes so thin or maybe just cook thinner slices for a shorter amount of time.

3. Scallops – oh, scallops. It’s not so much that I didn’t try really hard, but I think I was so concerned with timing that I just barely overcooked them. I tried to follow Chrissy Teigen’s advice to fully dry scallops so they get a nice crisp, and to cook exactly 2-3 minutes per side. Well, I guess go closer to the 2 minute side.

CHEERS *Cue clinking Coronas* I have reached rice accuracy. And that’s a big deal for me, considering I have mastered custard but until now, have burned EVERY attempt at rice. I was talking to someone the other day who said you really have to let that thin layer of liquid stay on top of the rice bc it is helpful for the cooking, so don’t mix it up. Well that actually worked.

My teryaki sauce didn’t really come out how I think the recipe intended, considering I was covered in sticky sauce every time I tried to stir it up. But it was still delish! Didn’t have any ginger, so I added some chili garlic sauce to give the sauce some POP. The First Mess’s recipe was a great healthy dinner, and since we weren’t using the grill, I basically just pan fried the eggplant.

Also didn’t have brown jasmine rice, so I used basmati. Rinsed it off to get off all much of the starch (helps with cooking time) and followed Jill’s instructions to add 1/2 tsp of salt, a can of coconut milk, and two cups water with two cups of rice.

Thanks for the recipe, Laura! Do you think we can bond over Canadian peaches and Georgia peaches?

Also has anyone been to Serenbe in GA? I am now obsessed. 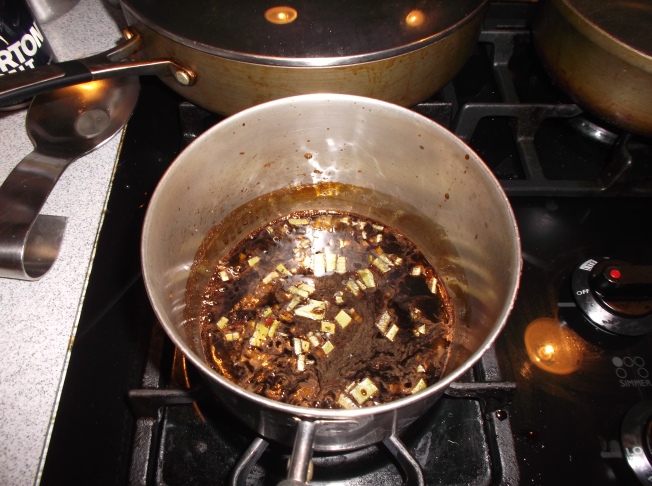 Sauce getting really sticky after about 10 mins of simmering

Fresh basil and a teeny amount of mint from our garden! Added some sesame oil to the rice along with chili garlic sauce to give it extra flavor. Didn’t have shallots but I like the flavor of red onion so used a quarter of a red onion, thinly sliced, and green onion 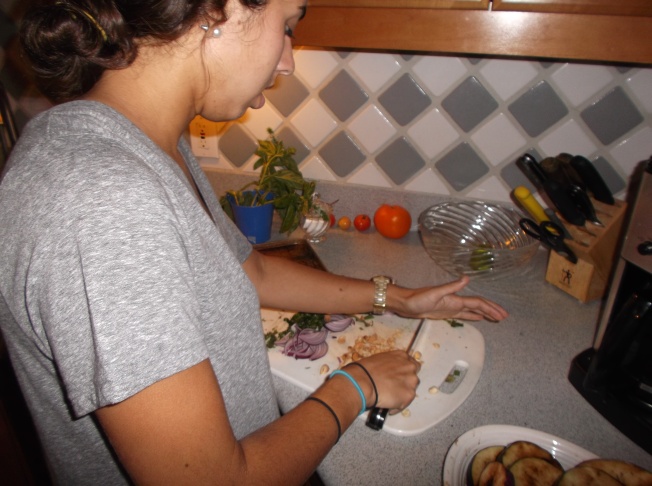